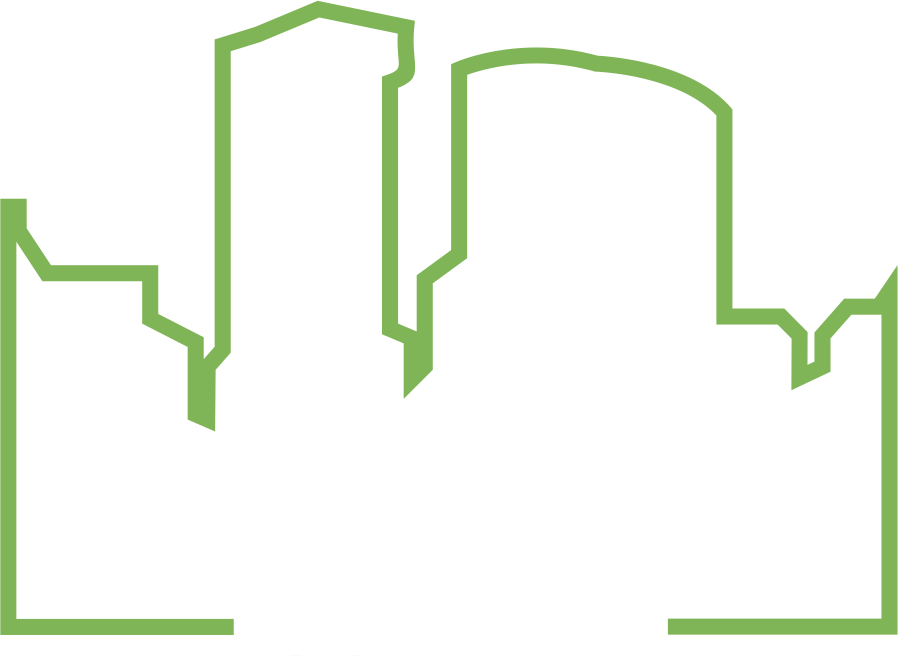 Limerick City has a rich and historic hinterland with evidence of human settlement dating back 5,000 years.  Settled more than a thousand years ago by the early Vikings in 922 AD, Limerick City has evolved over 1110 years from its founding as a  Viking settlement to a medieval walled town, thereafter reborn as an exemplary Georgian city and is now a modern, vibrant and thriving metropolitan area from the landmark King John’s Castle to the River Shannon itself with its Three Bridges, the revered Georgian Quarter and much-loved Peoples Park. 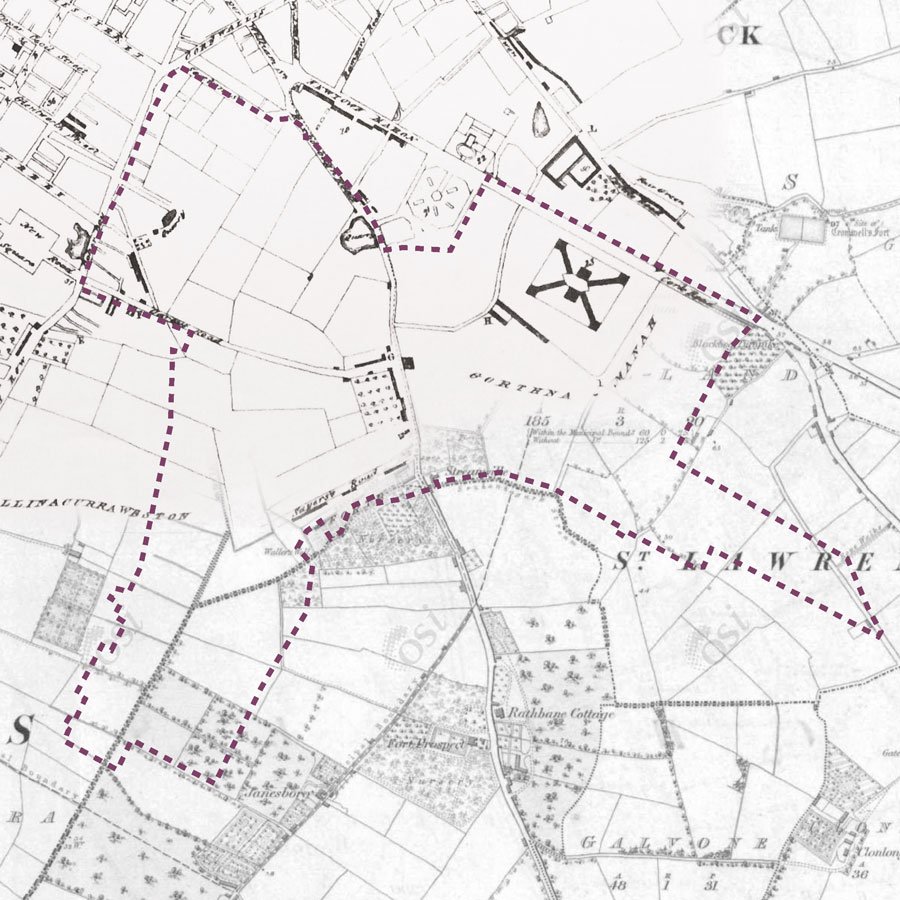 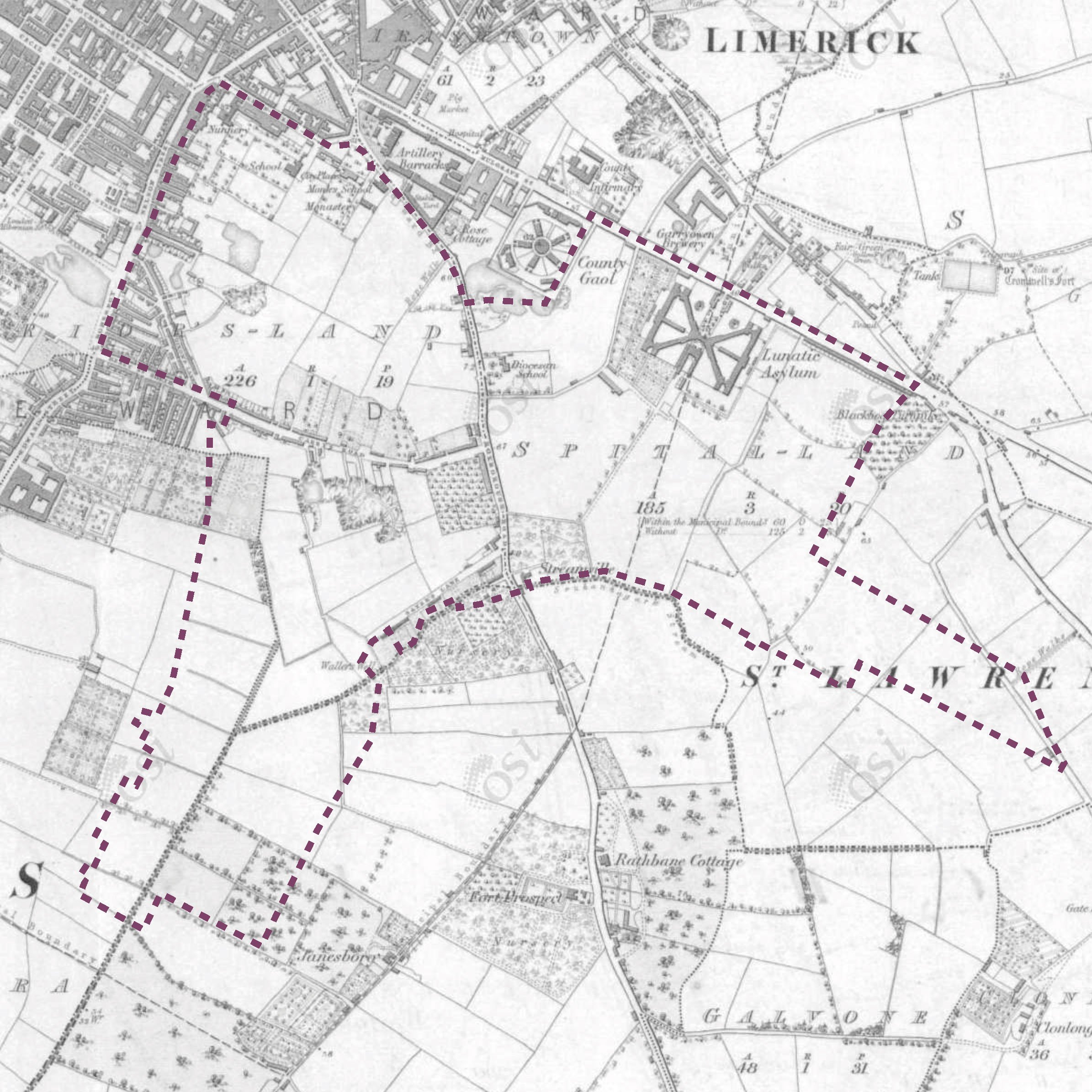 There are a number of protected buildings throughout the area that demonstrate the unique cultural and architectural character of Limerick. St. Mary’s Cathedral was founded in the twelfth century and remains the oldest building in Limerick still in use for its original purpose.The Normans captured Limerick in 1195, developing King John’s Castle, the walls of Limerick and the local government system, all of which survive to this day.

In 1413 King Henry V granted a charter making Limerick an independent city-state. In the 1530s, the Tudors brought major changes to Limerick when King Henry VIII broke from Rome and the Roman Catholic Church. The seventeenth century was the most violent century in Ireland and Limerick’s long history. With the city as central stage in the European wars at that time it endured four terrible sieges in 1642, 1651, 1690 and 1691. After the fourth siege, the Treaty of Limerick was signed. Patrick Sarsfield and the other Catholic leaders left Limerick and Ireland; the Flight of the Wild Geese had begun.

From the 1760s the walls of Limerick were taken down to allow the city to expand and local landlord and MP Edmund Sexton Pery decided to build a new city on his land to the south of medieval Limerick. In 1769 Christopher Colles produced a plan for this new city based on a grid- like formation. The new city was called Newtown Pery after its founder Edmund Sexton Pery. The Georgian Quarter, which is a short distance from the Colbert area, is a living reminder of the rich historical, cultural and architectural quality of the area. 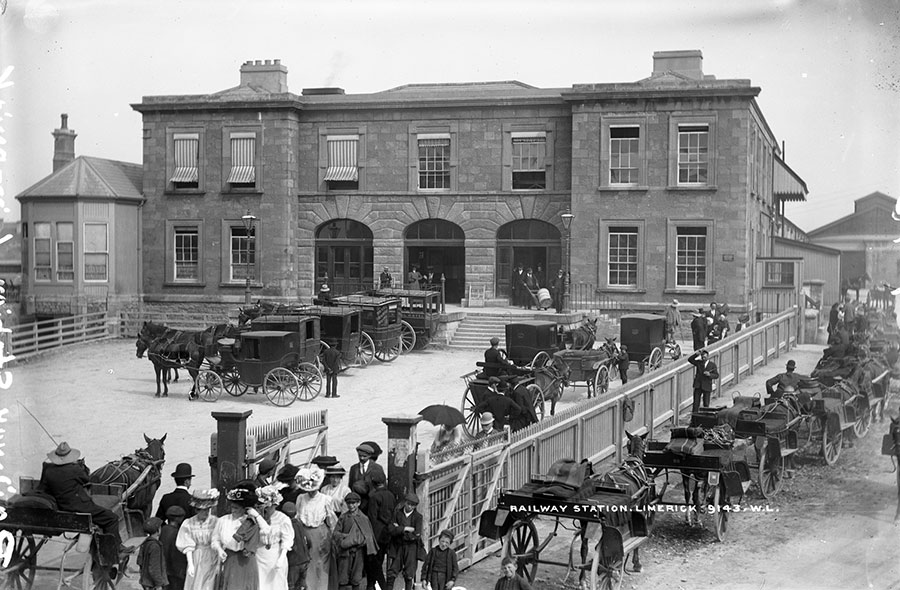 Colbert railway station opened on 28 August 1858, replacing a temporary station 500 metres further east which had operated for 10 years from 9 May 1848.

Built at the height of the Great Famine by the Waterford and Limerick Railway (W&LR), the first train ran as far as Tipperary on Tuesday 9 May 1848. Two months later, the Great Southern and Western Railway Company (GS&WR) connected its Dublin-Cork line with the W&LR line at Limerick Junction near Tipperary.

The new station was designed by the English architect Sancton Wood (1815-1886), who also designed the former Kilkenny station, Heuston Station (Kingsbridge) in Dublin, and the stations in Portlaoise (Maryborough) and Thurles, Co Tipperary.

Sancton Wood was born in Hackney and first worked in the office of his cousin, the architect Sir Robert Smirke (1781–1867), who rebuilt Covent Garden Theatre in 1809 and who is best known for the British Museum. He studied in the Antique School at the Royal Academy before travelling on the Continent, where he spent much time in Spain and Portugal and made drawings of many significant buildings.

In 1844, Wood presented drawings for railway stations for the Great Southern and Western Railway Company. A year later in 1845, he won the company’s competition for designing Kingsbridge Station in Dublin. His design was selected unanimously by the company,  ultimately leading to be appointed architect to the company. He designed the stations between Monasterevin and Limerick Junction; all in a gabled picturesque Gothic style. He was also architect to the Irish South Eastern Railway which developed a line from Carlow to Kilkenny in 1848-1850.

Aristocratic and middle-class interests objected to Wood’s station being built in the more fashionable parts of Limerick City, and so it was thus built at the edge of the Victorian part of the city.

Wood designed his station in a restrained classical idiom with the intent of achieving a maximum presence on the street from which it is set back quite dramatically. It is a seven-bay, two-storey over partially concealed basement. It is faced with fine carved limestone detailing in a restrained classical style. The terminus building consists of two-bay, two-storey breakfront ends that flank an arcaded entrance front that is reached by a series of steps. It is faced with fine carved limestone detailing that testifies to the craftsmanship and skill involved in its execution. In recent years, a new pedestrian plaza in the form of a limestone paved area of 3,350 sq metres has replaced the car park at the front of the station. Work continues on refurbishing the interior of the station with new finishes throughout and providing new ticketing office and retail units.

Originally known as Limerick Station it was renamed on 10 April 1966 to commemorate Limerick man Cornelius Colbert, one of the executed leaders of the 1916 Easter Rising.

Originally named “Limerick”, the station was given the name Colbert on 10 April 1966 in commemoration of Cornelius Colbert. Cornelius “Con” Bernard Colbert (Irish: Conchúir Ó Colbáird; 19 October 1888 – 8 May 1916) was an Irish rebel and pioneer of Fianna Éireann. For his part in the Easter Rising of 1916, he was executed by firing squad in Kilmainham Gaol, Dublin, on 8 May 1916. 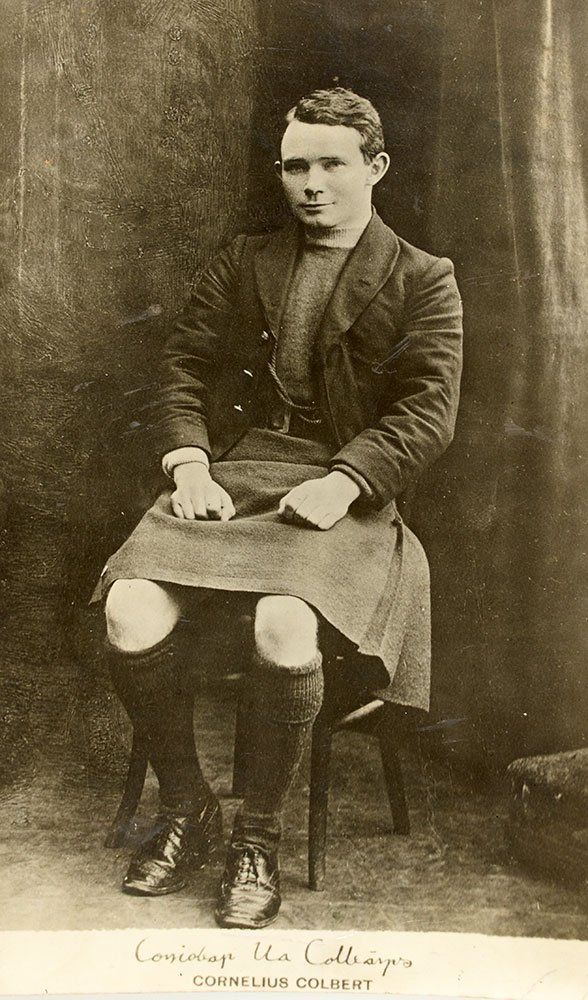 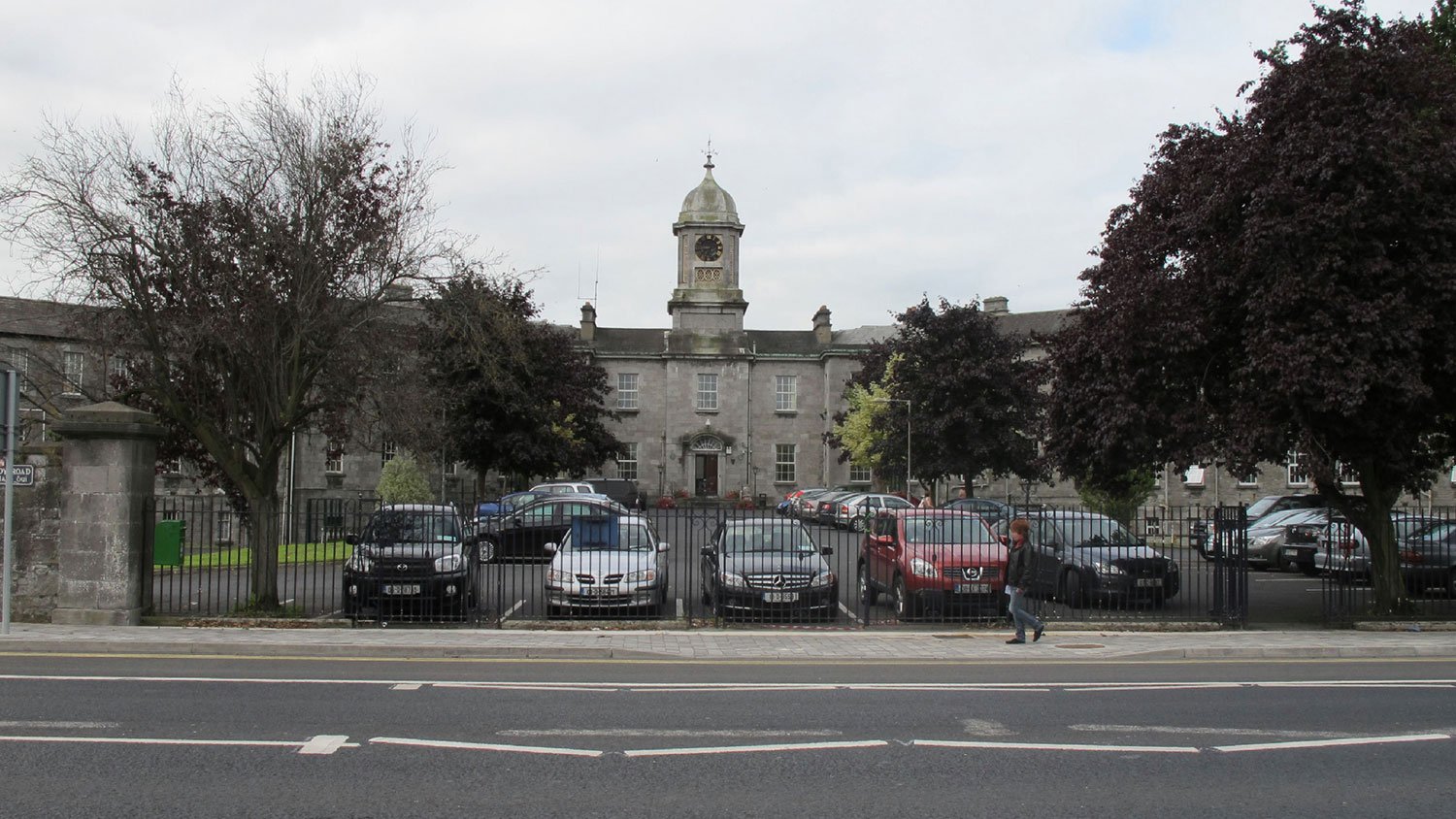 St. Joseph’s Hospital was established in 1827 as the Limerick District Lunatic Asylum and has been operating as a community healthcare facility for almost 200 years. In fact, Ireland was amongst the first countries to found such an institution. When the use changed from asylum to hospital, the name was changed to St. Joseph’s. Architecturally, the facility comprises  a large complex of stone buildings facing south, a central block with clock tower and six radiating wings of various heights. The square-plan carved limestone clock tower has chamfered corners, an ogee dome with zinc roof and iron weather vane.

This website uses cookies to improve your experience while you navigate through the website. Out of these, the cookies that are categorized as necessary are stored on your browser as they are essential for the working of basic functionalities of the website. We also use third-party cookies that help us analyze and understand how you use this website. These cookies will be stored in your browser only with your consent. You also have the option to opt-out of these cookies. But opting out of some of these cookies may affect your browsing experience.
Necessary Always Enabled
Necessary cookies are absolutely essential for the website to function properly. This category only includes cookies that ensures basic functionalities and security features of the website. These cookies do not store any personal information.
SAVE & ACCEPT